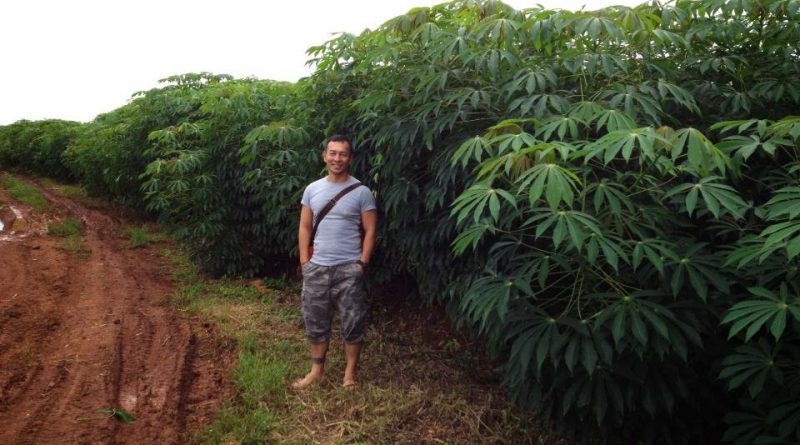 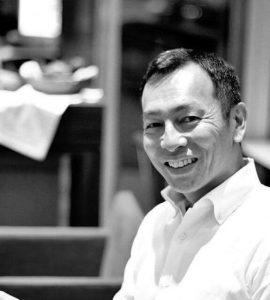 Kengo Kitaura was born in Osaka Prefecture in 1971 and currently lives in Cambodia. He left Japan and went to the United States after graduating from junior high school where he enrolled in Western high school in Anaheim, California. Returning to Japan he set up his own consumer loan company. After winding it up due to changes in regulations that made his business more challenging, he decided to explore global markets, finally deciding on Cambodia in 2010. He is now the CEO of AGRIBUDDY Ltd. 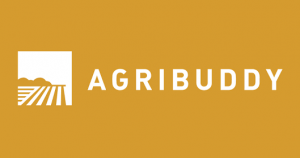 AGRIBUDDY uses a grassroots network of farmers in the fields of Cambodia and India.
By collecting and analyzing data necessary for agriculture using a smartphone application, farmers are provided with the opportunity to receive loans from financial institutions for agriculture related activities. It also enables credit sales of agriculture related materials. In addition, it provides knowledge and accurate scientific information, such as market information, know-how and state of the art agricultural products that until now, farmers of small farms could not obtain. Through these services we reduce risks and extra costs to farmers, maximizing their productivity.

What brought you to start this business?

Originally I was involved in consumer finance, It was a job that people didn’t find happiness from. However there was a person who had won the Nobel Peace Prize despite working in finance. His name was Muhammad Yunus of Grameen Bank. It made me feel restless when I compared myself to him and the work he was doing. Around that time. I went on a trip to Cambodia. Actually there were three things I had wanted a long time ago and Cambodia had all of them. The first was to challenge myself overseas. The second was to have an impact on society. The third was to compete in place where there is nothing, just like in Japan after the war. You can communicate in English in Cambodia and there are too many shortages in many fields in the country. It seemed to me that anything I did there would be helpful to people.
After that, I decided to visit all the ASEAN countries, and having done so, I decided to stay in Cambodia after all.

However, I had not yet decided what to do there. There were different kinds of people in Cambodia. People who manage guest houses for travelers as well as people who do volunteer work.
At one point, there was an opportunity for me to volunteer at an orphanage. I was interested in it because I had never done volunteer work before, so I decided to volunteer there as a Japanese language teacher.
The conclusion I came to from that experience was that “volunteering isn’t changing anything.”
There were numerous issues over money, and because it was entirely funded by donations, it wasn’t very sustainable. So I decided to start a business with the son of the orphanage manager. When I thought about what kind of business I should start, I looked back at the livelihood of the people of Cambodia. People in Cambodia hang around and take naps during the daytime, but they do not starve to death. Poverty did not equal starvation. You can eat there without working.
If such a person was to work just a little harder than they were, then they could become rich.
At the time there was a food crisis occurring all over the world, and the importance of agriculture was once again starting to become recognized. So that’s why I focused on agriculture. When considering what kind of agriculture, I wanted to do the kind of large scale agriculture that can not be done in Japan, but I thought I would do it exactly like we do in Japan: Following the correct methodology.

Were there any troubles that you faced when you started?

The data was all messed up. At first I tried to grasp the current situation of the farmers and actually went out to listen to what they had to say, but there were considerable differences between the figures that I had examined and the actual figures that I saw. The point was that nobody really knew.
When I asked the farmers about the crop yield in a field or the area of the field, they told me a different number each time I visited them. The problem was that the farmers themselves were farming the land without any data.

So that’s why you created a service that enables farmers to manage their data?

Yes. But when I first started the business it was not like it is now. We hired a farmer as an employee of a large field of about 1000 hectares. Just 8 years ago the salary of a farmer was about 3 dollars per day, but due to the development of the country and the town, the salary of a construction worker increased to 10 dollars a day. As a result the daily salary of a farmer also increased to about twice as much. Even though I started this business because I wanted to help enrich the quality of life of Cambodians, I was totally overwhelmed by this. If I was impacted by daily salary rates going up then just the Cambodians would start getting rich. With that in mind, I gradually began to think that hiring employees for large-scale fields at that time was not the goal I was truly aiming for, so I started a service that supported small-scale farmers.

Why are farmers poor in the first place?

Because the farmers cannot enter the circle of the economy. For example, in Japan, there are credit cards and loans. That is because one can know how much someone’s salary is. When it comes to Cambodian farmers nobody really knows what their income is, not even the farmers themselves. That’s why financial institutions ignore them. In other words, if you grasp all the income cycles, you will be able to borrow money from financial institutions, or to obtain investments. Agriculture is first and foremost a business. It is an investment business, not a daily business. It has continuous investments towards future profits (harvest). Farmers fall into a situation where they must make investments without a daily income.

That is why it is impossible for them to make an important investment like acquiring fertilizer that is essentially required beforehand starting a crop. As a result, they are unable to harvest the amount they could, and are left with only half of what they could be yielding. The farmers are not being lazy, they simply cannot achieve better results as they weren’t able to do what they needed to do in the beginning. Our business is to cover all of these aspects.

Please tell me about the concrete mechanism of the project.

First, we ask the farmers, who are registered members, to input the area of their farmland and their crop type using a dedicated application. The application then calculates and predicts their yield and income. By predicting the harvest time and the sales time the farmers know at what point and how much income they will have. With an understanding of where and when to spend money from planting to harvesting, farmers can borrow money and return it during harvest time. Interest rates and credit sale transactions of face-to-face familiar people rooted in the farming villages of emerging countries have not been scaled because interest rates are too high. As a result, we are visualizing a mechanism of credit construction. For example, you can buy fertilizer and seedlings directly from AGRIBUDDY and post pay the payment at the time of harvest.
Actual loan offering work is tied up with local banks and is structured like a Japanese merchandising loan.

Is there anything that you should be careful with when Japanese people enter Asia and the world?

They should be careful to focus on management. In general, Japanese people have a high level of expertise, however, the people in the labor market come together as a whole and the business cannot operate without management. In Japan there is not much difference between skilled people and those who are not. I think that it is necessary for developing countries to think that the difference is large and there are many people who are not skilled in the world.

Do you have any thoughts about agriculture in Japan?

I wonder if we could achieve more flexibility as to where and what to grow. I think that more crops can be grown in the suburbs of cities. Crops that require only a small amount of land with high added value can be grown in the suburbs of cities and the products that are needed in large quantities can be grown in farms in the country side or overseas, I think one can think of specific uses such as these. I think that if a farmer in Japan can make crops with high added value, comparing GDP per hectare with other countries, Japan has a figure of 11,725 dollars, In Israel where they grow high value crops the value is 20,059 dollars, In the USA with its large scale farming, the value is 1,658 dollars, The same value in Cambodia is less than 600 dollars. It changes greatly depending on what you grow and how you grow it. I think that it is necessary to look at farming with more flexibly based on this way of thinking.

Thank you very much. Finally, would you mind making a comment to the Japanese leaders?

I think that with the increase of farmers entering the world market, people with an entrepreneurial spirit, or, in a good sense, “people who do not seem to have a Japanese way of thinking”, will make things more interesting. AGRIBUDDY is also actively seeking interns who will act as a local researchers.
If you are able to work together with us for the long term (2 months ~), please let us know! 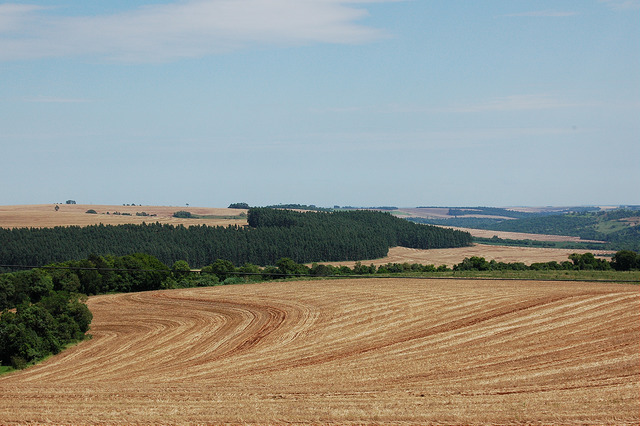 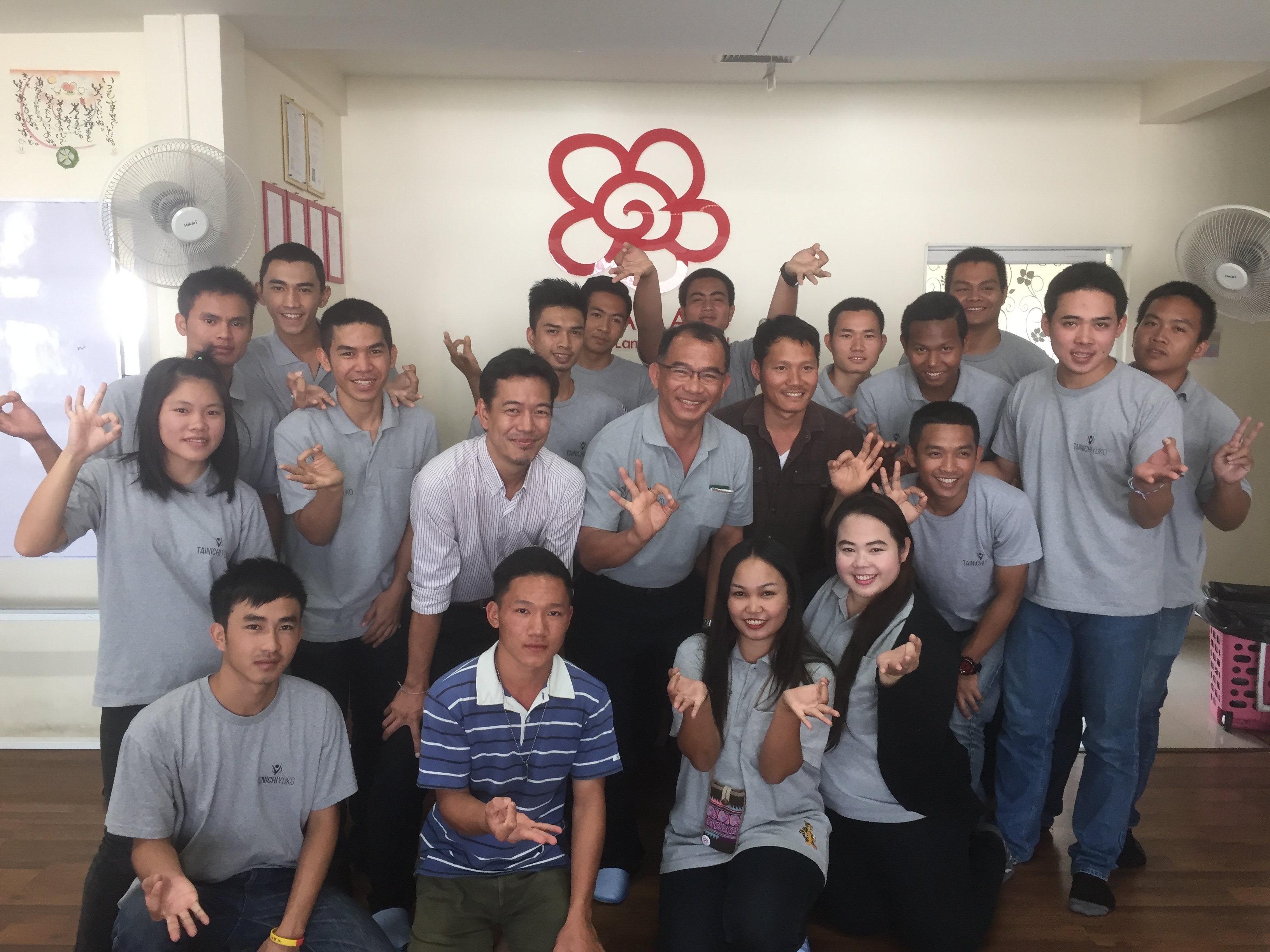 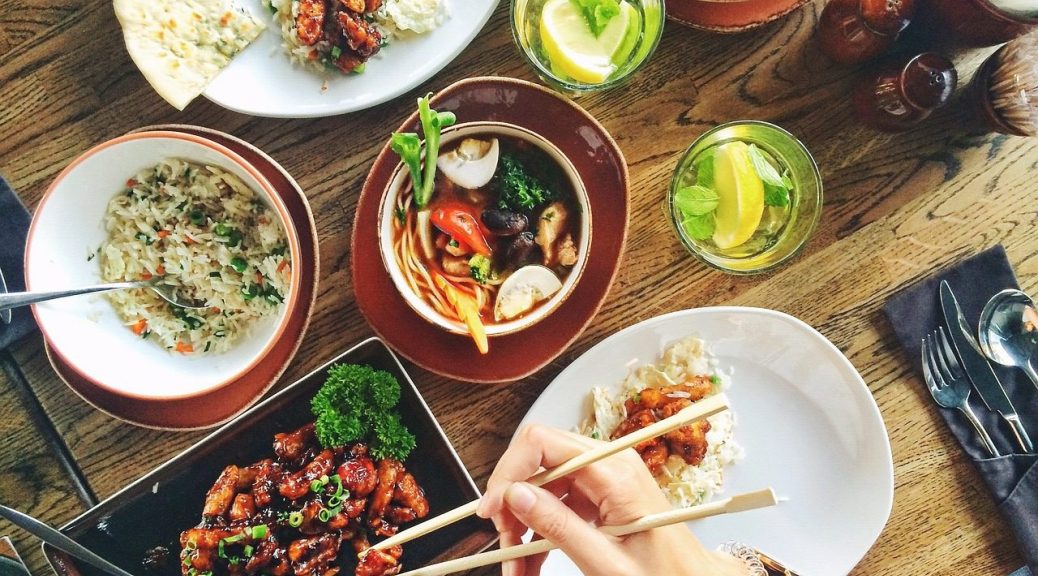 This article was originally published on AgFunderNews, the online... 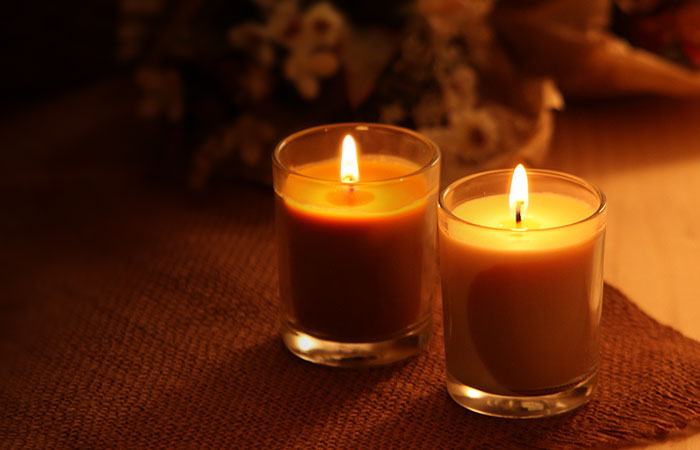